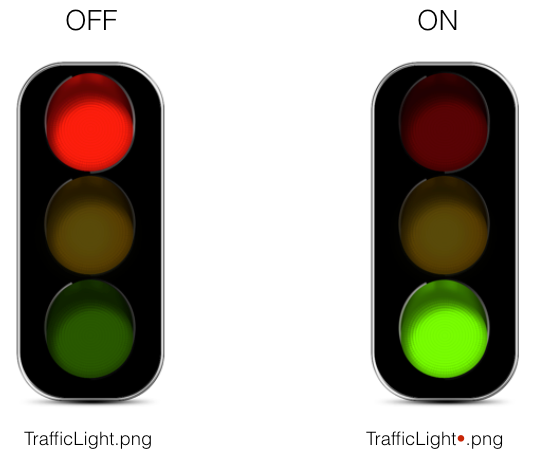 Set the Image Display Object formula to display the OFF image, like this. 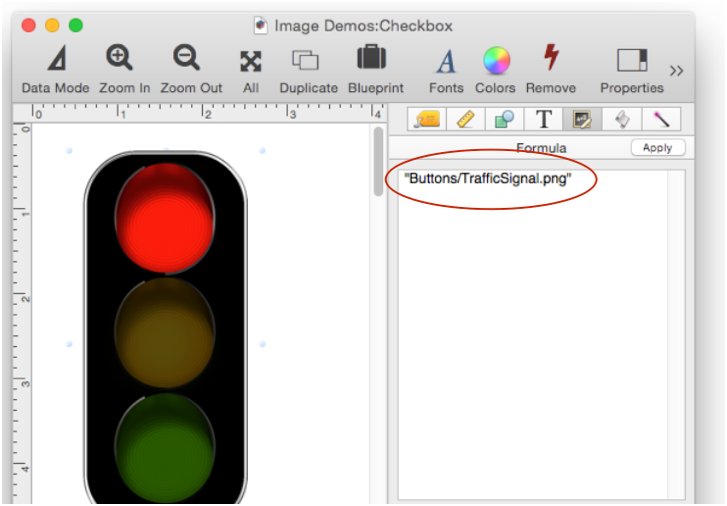 To make this into a data button you must specify the field or variable in the Data item, and the on value in the Value item. In this example the trafficGo variable will toggle between blank when off (red), and Go when on (green). 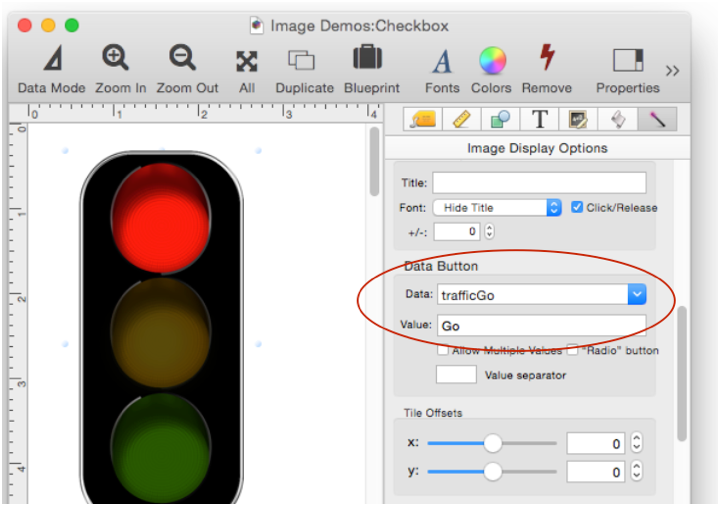 Once these options are set up the checkbox is now ready to use. When you click on the light it will toggle between red and green. As it toggles, the trafficGo variable will also toggle between "Go" and "".

If you want, you can make a fancier data button with four images. The two extra images will be displayed when the mouse is pressed down.

After creating these extra images, make sure you check the Click/Release option.

In this example both .DOWN images are the same (a yellow light), but usually they would be different.

The options for setting up Image Display objects as radio buttons are exactly the same as regular radio buttons, so I won’t repeat the details here. See Data Button Objects for the details.

In the previous example the buttons had titles, but these were actually separate label objects positioned below each object. With some limitations, it’s also possible for the Image Display button to draw its own titles, as seen below.

The title can be displayed in a regular, small or mini system font, or you can use a custom font. The +/- parameter allows you to shift the title up or down to match the artwork.